Finally we’ve had a break from the seemingly never-ending downpour plaguing Brisbane for the past 3 months. To celebrate, Johny and I took our newly decked out 4WD and went bush/beach for a night. Our destination this weekend was the beautiful Bribie Island. We had only ever been to Bribie once and had no idea that beyond the suburban sprawl of Bongaree was a stunning natural recreation area.

Friday night was organised our camping and vehicle permits* and early Saturday morning we took off. Bribie is only an hour’s drive from Brisbane so we arrived early in the day. There was plenty of 4WD action happening when we arrived at the car park where the off road track began. It seemed other people had the same idea to take advantage of the fine weekend. We quickly deflated our tyres and took off down the track straight onto soft sand and beach.

This was the first time we have been sand/beach driving and was quite an experience. The sand was soft and churned up by the numerous vehicles that had come before us. The beach was glorious. A wide, white ribbon of sand wove along the coastline and we drove straight down the centre of it. The waves were crashing on one side of us with sand dunes and native shrubbery on the other. It was a 19km drive to our campsite, since the speed limit on the sand was 30km/hr we had a lot of time to enjoy the breathtaking scenery.

When we reached our campsite we set up our new roof top tent, opened up the side awning, took out our camp chairs and had some lunch. During the afternoon we went for walks along the beach, sat in the water and played frisbee. By about 5pm it was getting cooler so we had dinner and sat in the tent. We fell asleep to the gentle sound of waves rolling in the distance.

I woke up at about 6am; I climbed out of the tent with my camera, went down to the beach and caught the tail end of the sunrise. I stayed out there for about an hour. I nearly had the beach to myself at that time of the morning with only a couple of fisherman to share with. I walked up and down and took numerous photos. The tide had removed nearly all the tire treds from the vehicles traversing the beach the day before. Everything felt fresh, new and peaceful. I could have stayed out there for hours if my tummy hadn’t started talking to me. 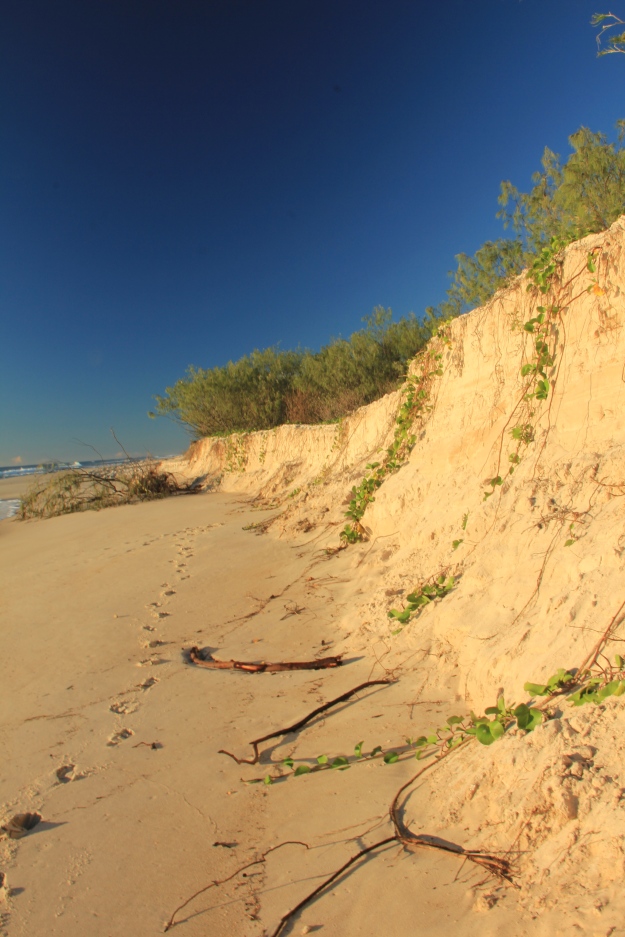 I went back to our campsite, woke Johny, made breakfast and packed up the site. We drove a little further down the beach and parked. From there we went on a 5km return walk down to the World War 2 fortifications, which extend up to the northern tip of the island. There is no much left, just a few crumbling buildings set into the beach. I wonder what the island was like back in the first half of last century? Did the beach look the same? We’re there this many March flies and mozzies? How did they cope without A/C? Seriously, it’s bloody hot! 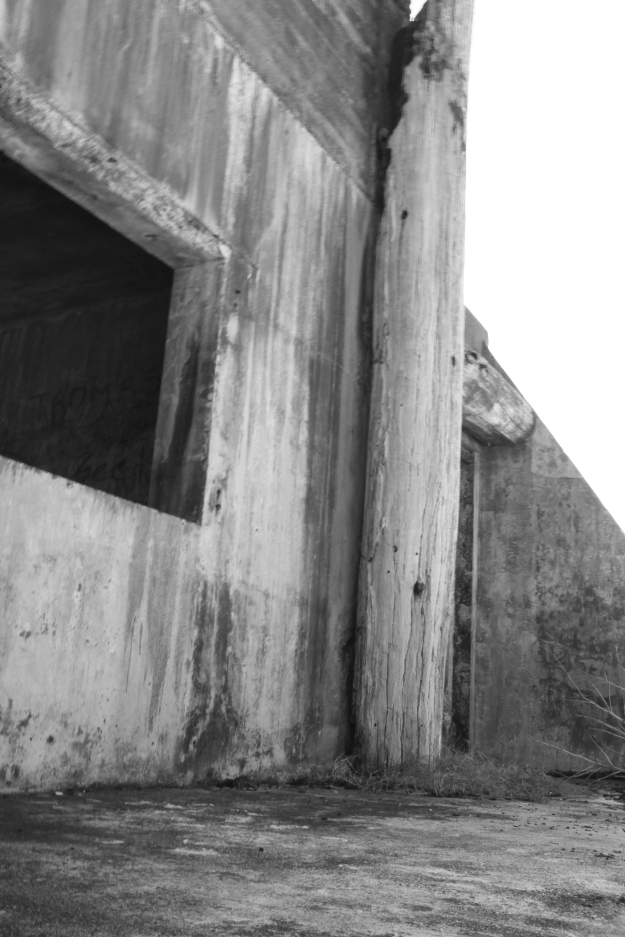 To get back to Bongaree we took the Northern Access Track, which went inland and down. The sand was incredibly soft, the track narrow and we didn’t always have great visibility. We had to make a number of stops to let other cars through and more then one nearly slid right into us.

On return to Bongaree we stopped for fish & chips and a beer overlooking the water. We then went home to wash down the car and unpacked. Since Johny bought us a year vehicle permit to drive on Bribie, I know we will definitely be visiting a lot more over the next 12 months.

* A must for camping and driving through the recreation area. Obtained from http://nprsr.qld.gov.au

1 thought on “Our Weekend at Beautiful Bribie Island”

Follow a girl, a 4wd & a trailer on WordPress.com

Sharing our travel experiences from around the World