The drive from Mossman to Cooktown takes about 4 hours through some stunning rainforest and mountain scenery.

While in Cooktown we stayed at Orchid Caravan Park which is located behind Charlotte st (main street), $30/night unpowered. Everything is in walking distance in the main part of town.

We stuck our trailer into storage, we’d decided not to take it to the tip, and walked up the main street, looking at some of the historic buildings and to the wharf.

For lunch we visited the historic Top End Pub for some lovely pizza and cold beers, bliss. It was a real  scorcher in Cooktown and finally the rain has stopped!

Headed north towards Hope Vale and in about 30kms turned left onto Battlecamp Rd.

Our first river crossing was at the Normanby River where we were stuck for 2 hours. The river had risen higher than we were told, a young guy had tried to drive through and had stalled in the middle. Hubby was finally able to use our winch and winched the guy out with the help of a number of visitors who were also stuck on the bank. A tag along tour came through from the other side, the current was flowing with them and they had no problems but still no one from our side was game to try the crossing again. Thankfully the guy we winched out was working in the area and a backhoe was coming to get him across. As a thank you for helping we we’re snatch strapped to the back and followed behind. 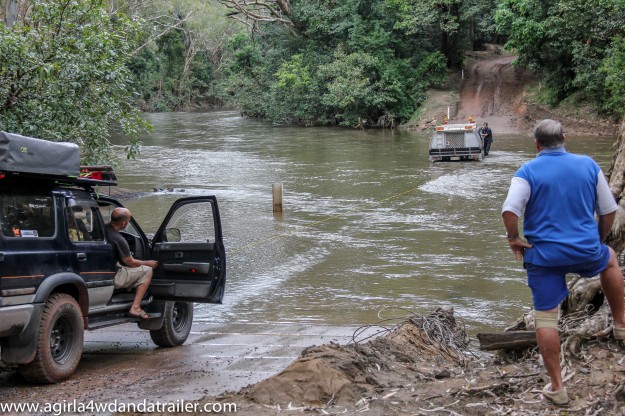 Apparently there is a massive croc that lives at this crossing. No one was game to stay in the water when we found that out!

We had a quick stop off at Old Laura Historic Homestead for some pics. We continued until we reached Peninsula Developmental Road, the road to the tip, we turned right with the plan of stopping at Hann River Roadhouse for the night. 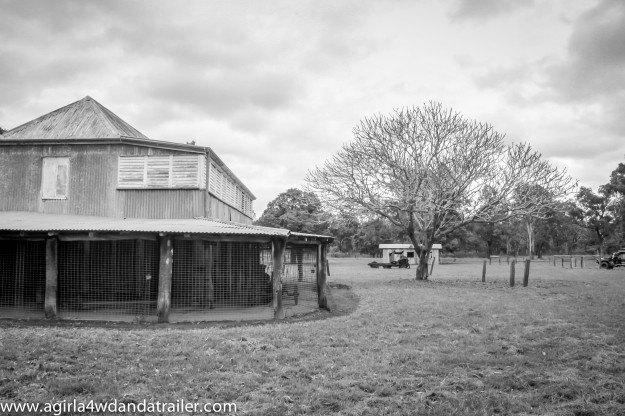 Unfortunately it was between Laura and Hann River that we had our accident.

The roads were wet, slushy and slippery with mud from all of the late rain the area had recently. The mud was so thick that even though we were only going 45kms the ass of our car slid out, the wheels locked up, we slide around and the car tripped on the side and over we went.

It happened in slow motion. Everything loose in the cabin went sideways. Thankfully we had a cargo barrier in and we had our seatbelts on.

Johny yelled “kill the engine” so from my side position I reached up and hit the kill switch.

We were in shock, I kept saying, “we’re ok, we’re ok” over and over and thankfully we were. Johny undid his seatbelt and stood on my window. He pushed up  to open his door and crawled out. Once he was sitting on top he helped me out and I jumped onto the muddy ground, no time for shoes.

We just stood there. I had my camera bag and mobile phone on my lap at the time of the accident and so crawled out of the car with it. No service. I tried 000 and 211, nothing. All we could do was wait for someone to come past.

A lady stopped and gave me a lift to Hann River Roadhouse where I sent some guys out to Johny who stayed with the car. The lady does the trip every week to her husband who is a commercial fisherman in Weipa so she’s basically a local.  She warned us that as it’s a remote area that one of us should stay with the car as there was a good chance it would be gone when we got back if we didn’t stay with it.

Thankfully once the car was back on all 4 wheels it was still driving so Johny drove back to Hann River Roadhouse to take stock of the damage.

The accident had caused our roof rack and tent to snap off the roof, so with our accommodation on the ground we stayed at Hann River Roadhouse in a donga overnight.

The car the day after. The perspex window covers smashed, the front panel under the snorkel is pushed in and so was my car door, it only opened half way until we popped it back in. The roof rack is gone and the side light popped out.

Follow a girl, a 4wd & a trailer on WordPress.com