José Paronella arrived in Australia from Catalonia in Spain, in 1913. In 1929, after spending a number of years in Australia, José purchased 13 acres in 1929 and started to build his pleasure gardens and reception centre for the enjoyment of the public.

there was a waterfall, hydro electricity, tea rooms, a castle, a ballroom, swimming pool and over 7000 tropical plants in the extensive garden, all built by José. 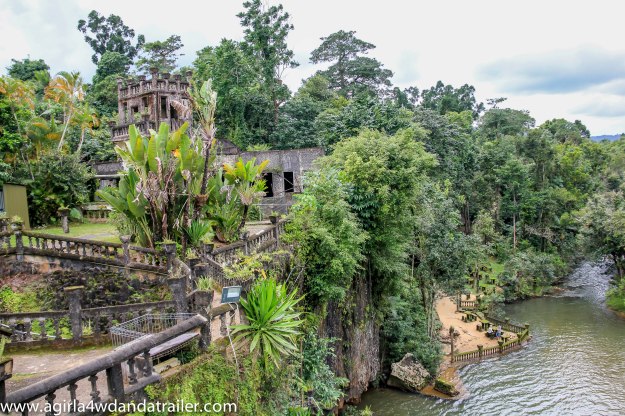 A view from the Falls at the front of the Park. On the left is the castle and at the bottom left is the hydro plant

Unfortunately there was a flood and then soon after José died of stomach cancer, his wife died some years later and his son as well. His son’s wife was left to run the park and in 1977 she sold it.

Sadly, in 1979, a fire swept through the Castle. There were a number of cyclones and floods in the following years and the park fell into ruin.

A pic from the night tour, this is the castle

In 1993 the current owners found the park, bought it and work on maintaining and preserving, rather than rebuilding.

The park has won a number of awards and it’s easy to see why.

We purchased our tickets through RACQ for a 10% discount so it was about $39 each. This includes entry into the park, a day tour, a night tour and 1 nights accommodation in their campground and your ticket is valid for entry up to 24 months. Really it was great value.

The park itself is just stunning! I was able to get some lovely daytime and night time shots. 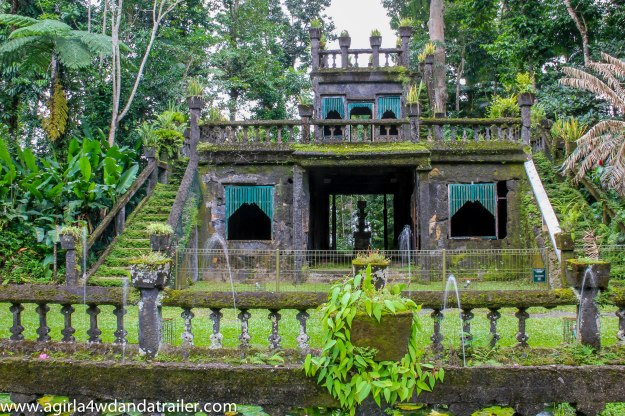 We loved our time here! The guides were fantastic and the staff in the cafe/reception were amazing. The park is beautiful and a truly unique attraction in FNQ.