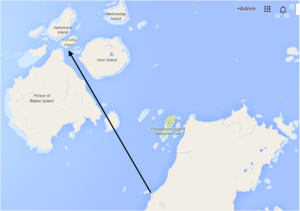 Originally we weren’t going to do the tour over to Thursday Island as is was a bit expensive. However, when we got to the Tip we decided that we had come all of this way, we probably won’t do it again, we should just do it. So we did.

We booked our ferry tickets through reception at Punsand Bay, who were wonderful, and caught the ferry the next day. Peddells Ferry is the only passenger ferry that goes over and they also run a tour. We decided to pass on the tour and instead take a tour with a local guy Dirk who was just starting his own business. 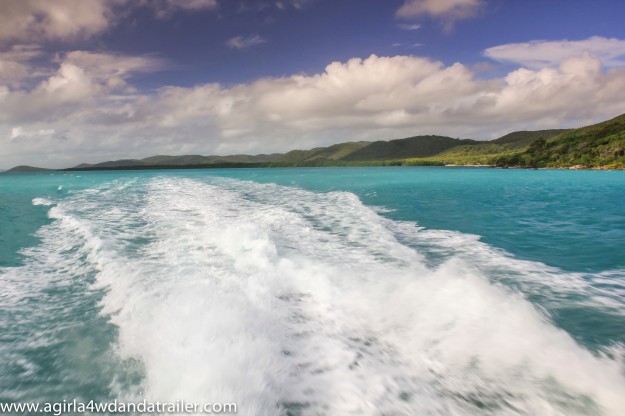 View of the back of the ferry to Thursday Island

Good choice! He tooks us around on a personalised tour around the island. He was very laid back, but full of information. The name of his company is Lax Charters & Tours and he can be contacted on lax_tours@hotmail.com.

Thursday Island (TI) is the administrative and commercial centre of the Torres Strait Islands and the most northerly town in Australia, it has had a fascinating history.

The Island has approx 3000 residents with about 9000 in total on all of the Islands in the area, and there are a few. Dirk, our guide lives on Prince of Wales Island next door to TI and commutes over to work by boat.

First stop on our tour was the Fort on Green Hill which was built in response to a Russian war scare. It is now a museum with amazing views. 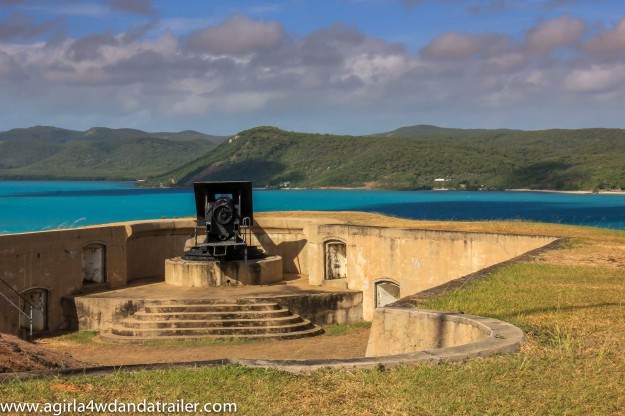 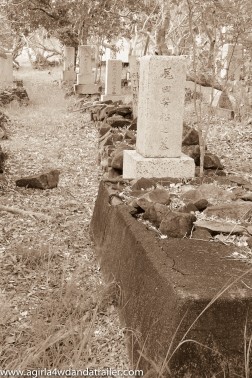 Rows and rows and rows of Japanese Pearlers are buried here. They say that at least 600 Japanese were killed while Pearling and not all were recovered.

We drove around the “suburbs” of TI and then to the cemetery. The Pearling Industry began when pearl shells were first discovered in the Torres Strait in the 1890’s. This attracted workers from surrounding countries. Unfortunately pearling was a perilous job and hundreds of workers, particularly the Japanese, were killed. This makes TI’s cemetery rather unique as the occupants are a mixture of Muslims, Buddhists, Japanese, Pacific Islanders and Torres Strait Islanders. As well as being one of the northern most cemeteries in Australia.

We weren’t able to visit the cultural centre as it wasn’t open because it was Saturday which was disappointing.

Instead we stopped at The Torres Hotel which is famous because its the most northern pub in Australia, Fantastic! We had lunch and a few drinks before we headed back to catch our ferry back to the mainland. 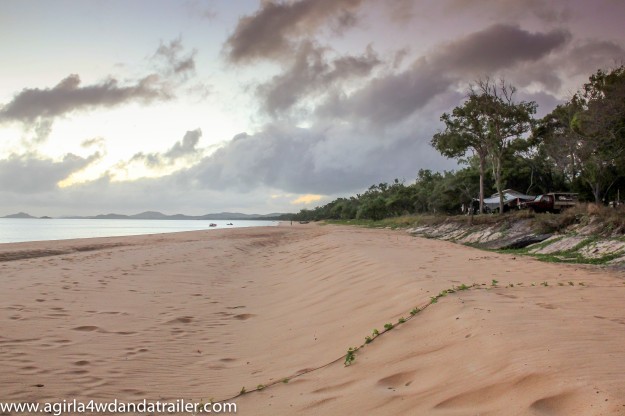 Campground right on the beach edge. This was a sunrise one morning.

Background: After a long and tough journey to the Tip of Australia, we decided to stay at Punsand as it seemed to be a popular campground as per the conversations we’d had with fellow travellers on the way. The service was amazing, there was a bar and restaurant with wood fired pizza ovens and the views from our beachfront campground were amazing!

Will We Return: absolutely! We will even consider coming back next year to work here next dry season.

We had an early morning start and took the ferry over the Jardine River. 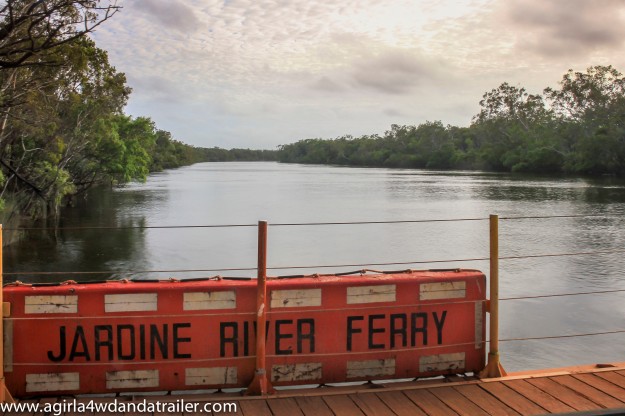 We drove through the little dust blown towns to the Croc Tent. The Croc Tent is at the junction leading up to The Tip. This is where we picked up some souvenirs and information maps of the area.

Just a little further and we made it to the northern most tip of mainland Australia!!! 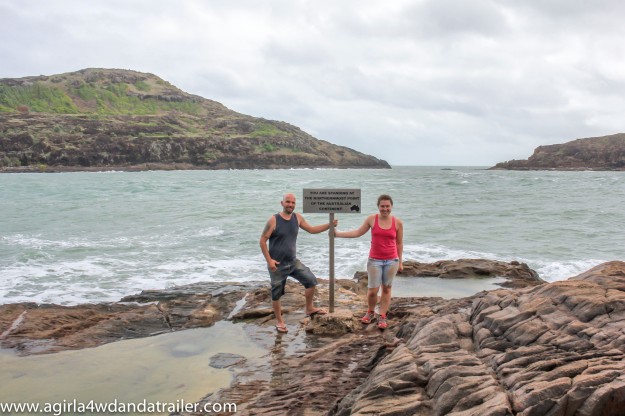 Not a great picture, but we made it!

Even though it was a little touch and go at the beginning of the trip, we are very glad that we did continue on. It makes it just that little bit sweeter knowing that against the odds we got there in the end.

Then off to Cape York Camping at Punsand Bay for some R&R.

Sharing our travel experiences from around the World