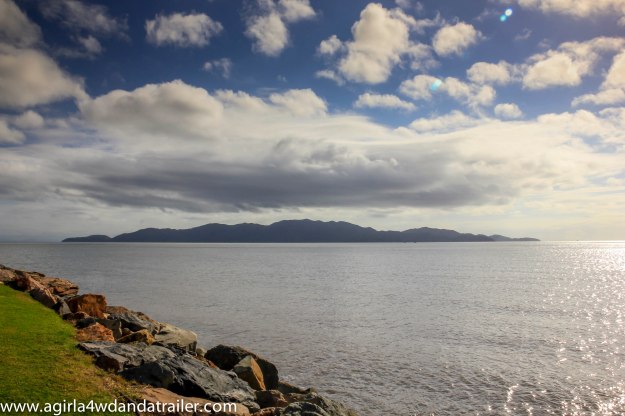 From Mackay we continued northward to Townsville. We did stop along the way at Bowen and took a couple of pics with the big mango. A local news crew accosted us on the way back to the car and asked us some questions about what we thought of the local area from a tourist’s perspective. Having not prepared for the interview and not seen anything of the local area, our responses were somewhat lacking and rather embarrassing ‘cringe!’

Anyway we arrived in Townsville and we did a day trip over to Magnetic Island, also known by the locals as “Maggie”.

We found that as we are RACQ members we were able to get a 10% discount off the ferry to Maggie, bargain! We caught the early ferry across and waited until the car hire place opened. We wanted a Moke to get around the island, but they were really expensive so we hired the Topless instead. 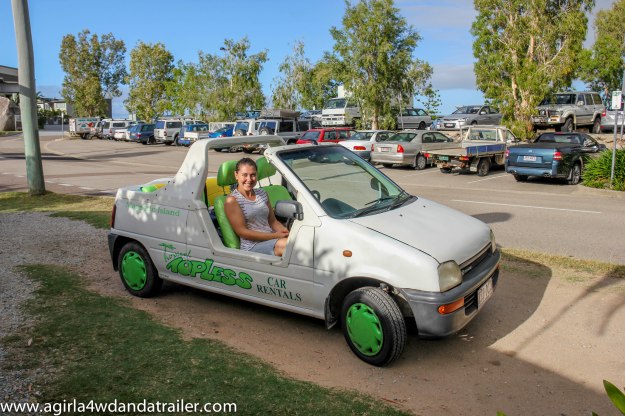 Me in a Topless, Magnetic Island 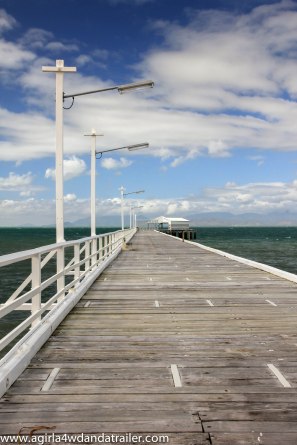 The island is only 12kms long so we drove From Nelly Bay down to Horseshoe Bay to see if there was any good snorkeling to be had. Unfortunately there was a strong breeze and the lifeguards told us that there probably wouldn’t be any decent snorkeling that day.

Undeterred we drove down to Picnic Bay, changed into our snorkeling gear and attempted to go in. Dammit, the lifeguards were right, we could barely see a metre in front.

So we had a quick stop off at the local museum and the island’s memorial park and drove back to Horseshoe Bay for some lunch.

Lunch at the local pub was lovely and after a quick lie down on the beach we drove back to the ferry and called it a day.